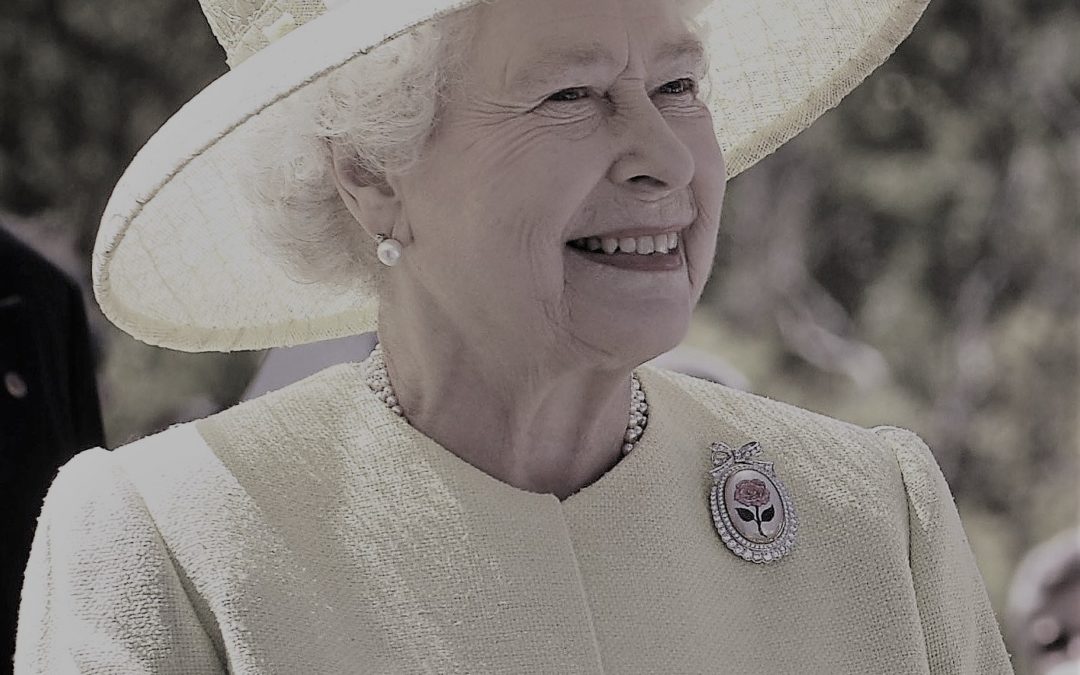 HM Queen Elizabeth II who died today aged 96, will be remembered as not only Britain’s longest-serving monarch but also the world’s favourite.

French King Louis 14th, the world’s longest-reigning at just over 72 years, was a formidable and famous king. But for empathy and compassion and even respect among those who do not share favour for the concept of monarchy, there is no mistaking Queen Elizabeth II reigned supreme.

Our social media summed up the feeling on Twitter: 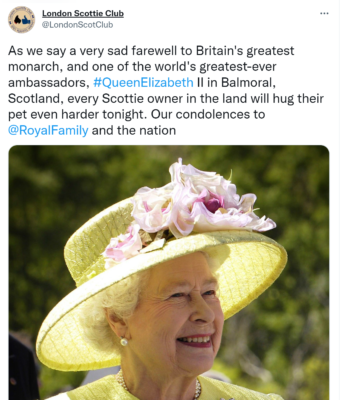 Unlike her great-grandmother Queen Victoria who adored Scotties, our Queen who celebrated 70 years on the throne this year with Platinum Jubilee celebrations, was devoted to lovely Corgis.

But she was alerted to London Scottie Club’s Walkabout in Windsor and Eton by one of our members who has served the Queen in the locality for many years. We do not know if ma’am looked out of the windows of Windsor Castle that day but we would like to think so. More about the Walkabout in December 2019 here.

For the Platinum Jubilee in June, London Scottie Club published a gallery of how our Scotties were celebrating this landmark event. View it here.

Even at the start of this week, appointing her 15th British Prime Minister, our head of state smiled and conveyed her hallmark graces that enchanted so many of her loyal subjects for seven decades.

She will be much missed by everyone whom she touched in her lifetime and we hope that her legacy of good governance and public duty will live on in future generations. Long Live the King, King Charles III.

London Scottie Radio will be releasing on Friday morning its monthly Scottie MOT edition podcast, which aptly is on a challenging topic of how owners and second pets should adjust to the loss of a dog. The edition was recorded on 5 September.

STOP PRESS! London Scottie Club will proceed with the central London Walkabout on Sunday, which will be dedicated to the life and memory of HM Queen Elizabeth II.