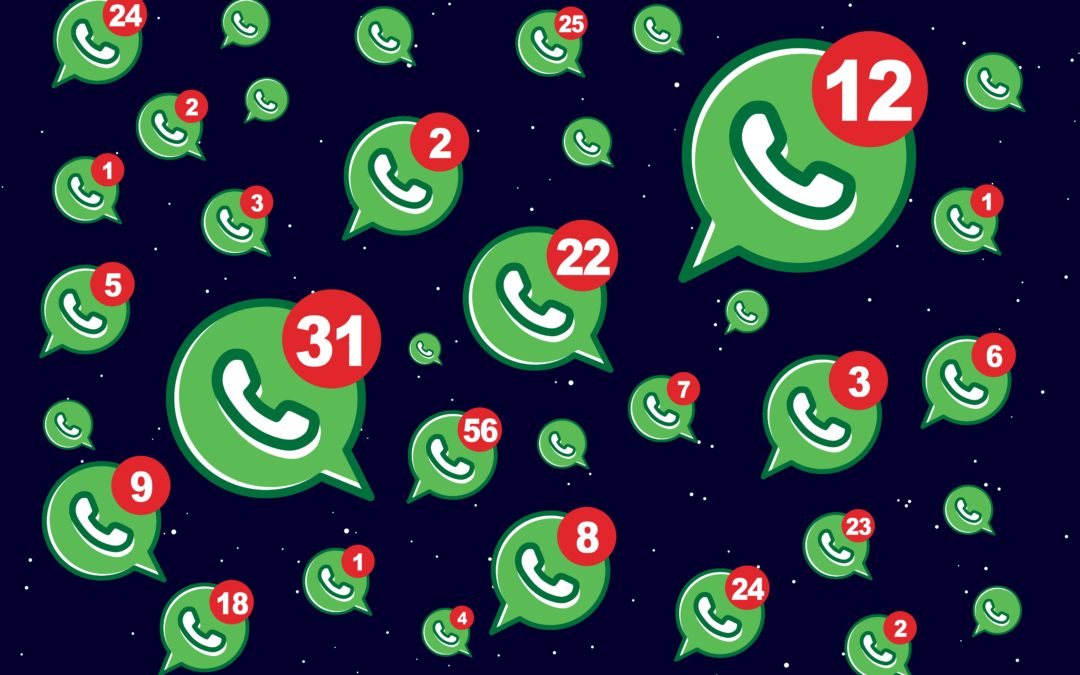 On a quick search of the word “WhatsApp” on the London Scottie Club website, we were reminded that we first launched WhatsApp as the go-to communications tool for the Club in May 2017. That’s a whole 5 years ago!

Since then, the WhatsApp group has blossomed into a family. So now is probably a good time to reflect, explain the differences and showcase the latest innovations for Club Members.

Let’s start with who can be part of our WhatsApp group. There have been changes to terms and conditions. But essentially one thing has remained solid: only Members of the London Scottie Club can be in our WhatsApp groups.

For the benefit of the diversified membership of STECS, we allowed all new Members to choose whether to opt-in or opt-out of WhatsApp when they apply. If they opt-in they are added to three groups automatically. They can opt-out later from one, two or all three groups. However, opting-out of all three means you will no longer get up to date info from the Club and will not be advised where Club Walkabouts are located.

The longest-running WhatsApp group became LSC Convo in November 2018, when a second WhatsApp group was launched: London Scottie Club Alerts. Why? So that Members have a choice. Convo continues to cater for a flood of messages from Members between the hours of 0700 and 2300 daily. Members share stories, photos, videos and request help. They wish Happy Birthday to Scotties and they offer condolences when a VIP passes over the Rainbow Bridge. It is also where we introduce new Members and they receive hellos from others.

This is an important community. But we know that community building means different things to different people.

That is where London Scottie Club Alerts comes in. If you don’t relish muting WhatsApp in the app’s settings, you might prefer Alerts. This offers heads up on news from the Club, new pawdcast episodes, invitation to take part in online polls, and also details of where we meet for the next Walkabout event. But Members cannot reply and so it is a one-way messenger with much less traffic. It is also easier to find important posts on Alerts because they are fewer. And you can of course do a key word search in all WhartsApp groups to locate things fast.

In January 2021 we launched LSC Smart Mart. This allows all members to post, but it is for people who want to share products related to Scotties. So a biscuit tin or a Scottie lampshade they found online can be added by members, complete with links and where the cheapest place to buy could be.

The reason we created Smart Mart was because psychology shows us that people are far more likely to buy products when they are having a good time. Since the Convo often makes us smile or giggle, it could lead to people parting with their cash easily. It is for everyone to choose how they spend their cash, but as a non-profit organisation London Scottie Club does not want to allow advertising on the Convo nor to appear to endorse or promote products for which it gets no benefits. By having a separate group we have labelled it and Members have the option to opt out later if they don’t want to be bombarded with advertising but do want to share their Scottie videos! We feel it important to be responsible to all our Members and not mix business with pleasure.

So you can see we have catered for announcements, the option to share experiences and tips, and also to bark about products.

But that is not all. In April 2022 we launched a temporary WhatsApp group called London Scottie Radio VOX. 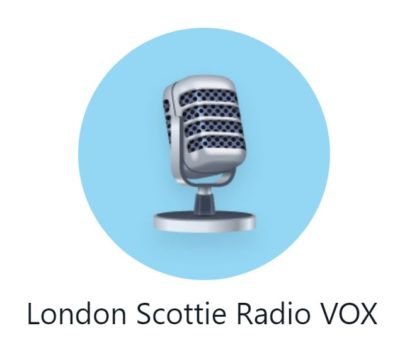 We have already used it once, and below you can hear the result.

VOX is where we provide Members with temporary access to the group so that they can record a message. With the growth in pawdcasts we want Members voices to be heard too. For now, we have used it to follow up on the online poll question we posed about how Members listen to pawdcasts. Following an interesting recent poll, we wanted to ask those who took part in the poll to record their response. Some amazing responses landed and we hope others will in future also take part. Don’t be shy!

London Scottie Club has found that WhatsApp is a powerful tool to reach Members, as well as a great place for Members to talk among themselves. And now for Members to talk back to the Club. We will continue to innovate and cement our position as the Number #1 place for Scotties enthusiasts.

We are now in our sixth year as a Club. We acknowledge and respect that some Scottie organisations are much older than us and some social media groups too. But what makes London Scottie Club so exciting is our continued zest to innovate and, unlike other groups, we mostly know one another in person and in pooch as we are not a virtual club. Our thanks to all of you who make it possible.