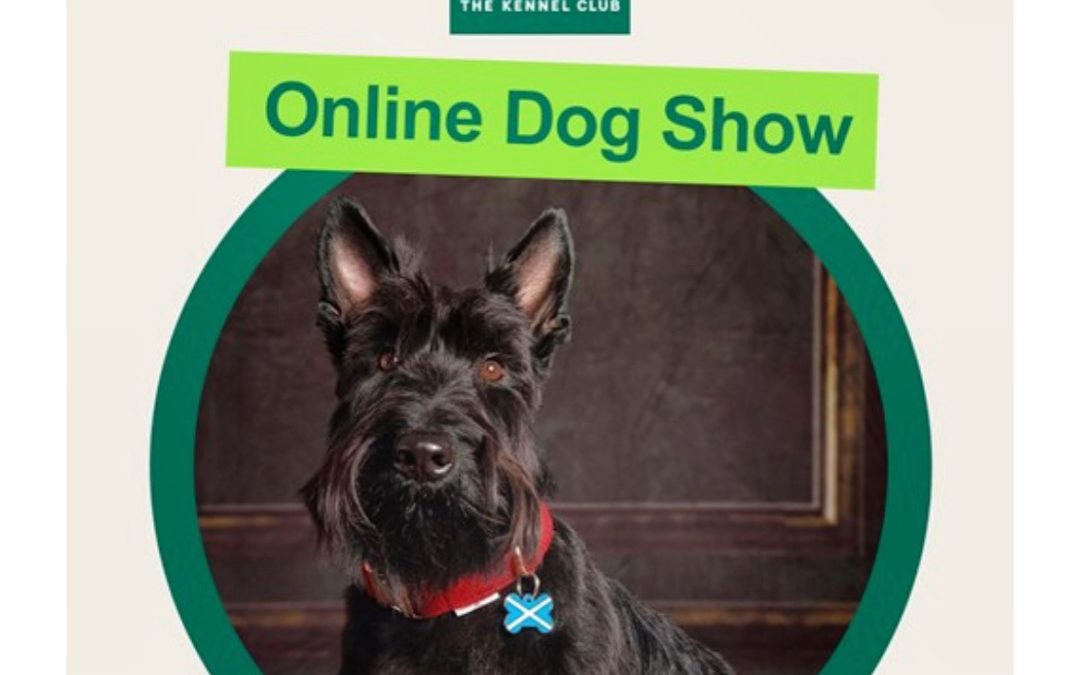 A lot of great things can happen in the LSC Convo WhatsApp. On Thursday we learned that recent pup VIP Lady Aggie is from the same litter as another recent VIP, Shana. And then there was this lovely story that landed in the course of Thursday from Janine. At first it started out as an element of the daily chat on the Convo, and then we decided it was worth adding to the website.

When London Scottie Club VIPs achieve something we want to tell the world about, in addition to our Convo Members.

It may have been a bit of fun, and “a good idea at the time” but Huxley has not only made London Scottie Club proud by winning – he has also raised the profile of Scotties versus other terriers.

“I recently entered Huxley into the Kennel Club of Great Britain Online Dog Show simply to showcase his handsome breed. They are currently running the online classes from the 18th May until the 29th to include Best Gundog, Best Toy, Best Utility, etc. with some classes for pedigree only. There are no age limits unless specifically stated.”

Online Entries opened each day from 9:00 and closed at 6pm. All that was required was a photo shared through social media using hashtag #thekennelclubonlinedogshow2022. Entries were accepted through Facebook, Twitter and Instagram. There was no actual prize but simply recognition on the KC website in his breed category!

Janine was also thorough and explained that she later sent KC a message mentioning that Huxley is part of the London Scottie Club – in the hope that it could help indicate how many entrants took part in the ‘terrier’ category or if there were more Scotties. Janine is still waiting for their response.

Some crucial states on Hux:

Huxley is 20 months old and KC-registered with a beautiful gentle nature.

If you have a story like this, please get in touch with the London Scottie Club newsroom today!