That was…The Year of the Dog: Ben 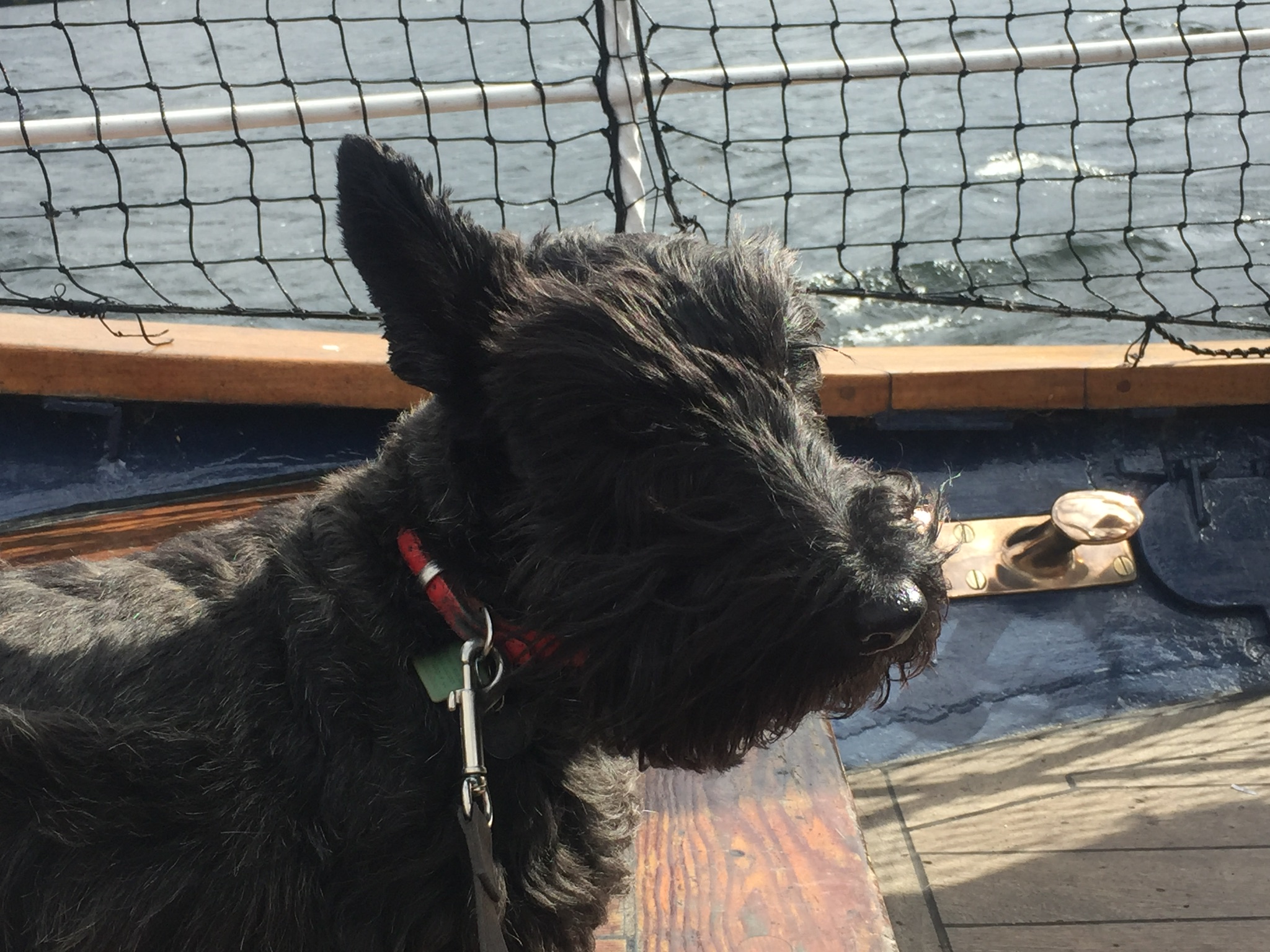 The Chinese Year of the Dog was Feb 2018-2019. We asked members of London Scottie Club to write about the highlights of their Scottie’s year and we share these with you in a weekly series of blogs.

Monday
We set off in the car to go to Coniston in the Lake District – I went to sleep on the back seat leaving Her to do all driving. She has put my ‘house’ (all folded up) in the boot. What it is to have a home-from-home so handy! When we got there She took me for a walk down to the lake and I saw lots of white woolly things going ‘baa’ which were very interesting and I wanted to go and talk to them but She didn’t want me to. I don’t know why. I just wanted to know what they were.

Tuesday
Today we took a trip on the steam yacht Gondola for a trip round the lake. I like to take in the sights, but it was a bit blowy and my whiskers got disarranged. After we got off I wanted to take a closer look at the ducks, but She wouldn’t let me. I did get some biscuits when They had lunch at the Bluebird Cafe though.

Wednesday
It was a bit damp today, so They went round Blackwell Arts and Crafts House near Windermere. I had a snooze in the car before a short walk in the rain. I found a nice azalea bush to pose beside during a brief lull in the rain.

Thursday
Today we went to Brantwood, John Ruskin’s house on the other side of Coniston. No rain today, and the gardens are set in the side of the hill and also go down to the edge of the lake so I had a good walk before They had lunch (on the terrace, so I managed to pull a few chairs around by winding my lead around them – good fun!).

Friday
A beautiful day – lots of sunshine and a long walk for me round Tarn Hows. I wasn’t allowed off my lead though, in case I found the scent of a rabbit and ran off – as if I would! I was much admired – ‘how cute’ passing strangers would say! I took it all in my stride.

Saturday
Grizedale Forest today – They don’t half get around my humans! And they do take me with them which is good. She left her phone behind today (well at least She thought She did, but it was in the car all the time!) so today’s photo was taken on Someone Else’s phone. Lots of small humans were having a good time playing in the treetops on wires, making a racket! I wanted to watch them but we had to move on.

Sunday
Today we met Her brother and sister-in-law at Sizergh Castle. They had a dog too, a Brindle like me, but he’s gone to the big dog kennel in the sky now. I miss my Nuncle Berry – he used to show me where all the best sniffs were. Anyway, we had a nice walk – though we had to turn back to avoid the cows, and then find a short cut when it started to rain.

Monday
Up early to pack and leave the cottage. My ‘house’ was folded up first and went back in the boot. Another quick walk down to the lake before setting off, and to see the white woolly things again – I’ve got used to them now so I don’t want to go and talk to them so much now. Then we set off back to London. Time for another snooze on the back seat after a lovely week away!