That was…The Year of the Dog: Phoenix 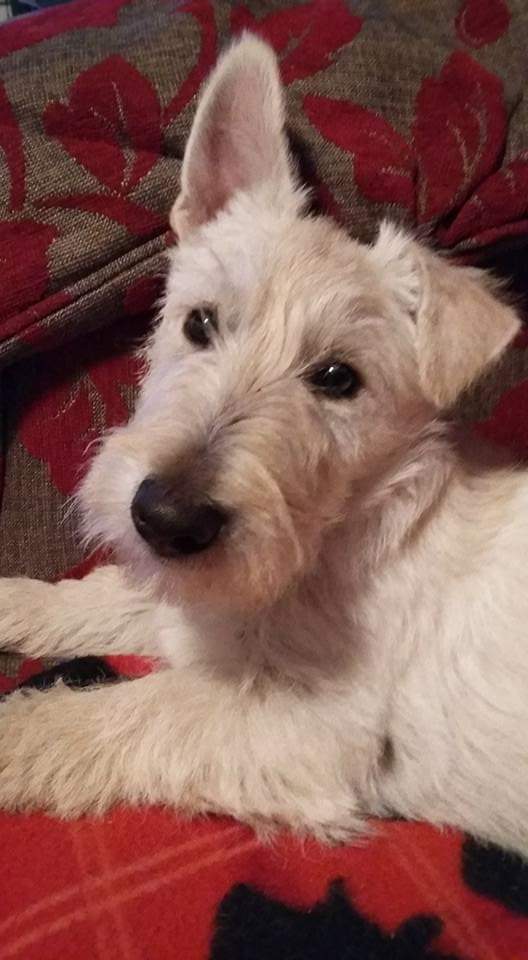 February 2018 to 2019 was the Chinese Year of the Dog. We asked members of London Scottie Club to write about the highlights of their Scottie’s year and we share these with you in a weekly series of blogs.

Phoenix,  8 weeks old,   came  home on 14th April 2018 and pretty well took over my flat.    Quickly establishing a routine and providing a timetable for her first month, which I must have been crazy to agree to: Toilet at 3 am – ok fair enough, puppies have small bladders but Phoenix insisted on an active period of playtime in the garden before settling back down.  Neighbours looking out of their bedroom windows at 3am  would  be regaled by the sight of me in my pyjamas playing football with my puppy.    This would be repeated at 5 am and again at 7, upon which I realised that no point going back to bed as Phoenix had pretty well murdered sleep.

Phoenix has always been  vocal, insistent  and very aware of Girl Power.  A bit like Baby Spice on steroids, she’s like, “I’ll tell you what I want what I really, really, want”, possessing  a  range of vocals from short yips to long mournful howls.    Completely aware of her considerable charm, she rocked the one ear up one ear down look for much longer than was really fair,  together with the deadly scottie head tilt.

She loves the out door life, zoomies and playing with her toys.  Her favourite toys are plant pots, which she happily destroys.  Her best one is a giant one which has shown character and fights back.  She has never managed to kill that one.     She has also taken to campsite life with ease.

From Baby Spice to Sporty Spice, Phoenix loves  romps in the woods, where she is like a female version of a hyperactive  Indiana Jones, leaping up hills, across gullies, over fallen trees.  If there were swinging vines, she’d be on them too.

Since  8 months old, she’s attended  puppy agility classes, with her customary enthusiasm.   It is quite something to see her doing zoomies round the course.

I don’t know if there is a brainy Spice, but Phoenix , could be her too.  So far she has passed her Good Citizen, Bronze and Silver Obedience and is going for Gold.  She is a very quick study but in true scotty style she is stubborn and doesn’t like taking orders.  We had to come very quickly to a mutually satisfactory arrangement.    In the hall, during the lesson and exams , aware of the scrutiny of trainers and rivalry of other dogs, she performs in a jaw dropping, OMG is this Phoenix?, admiration and compliments, sort of superbly obedient  fashion.  Outside, in real life, she obeys most of the time and in “good enough” fashion, if  there is nothing more  pressing to distract her.

I must mention her sensitive Spice side.  Since she was 5 months old we have been visiting a friend in a residential home for people with dementia.  All the residents love her.  It is marvellous  to see their faces light up when we arrive.  I will be registering her to be a formal therapy dog, now she is almost a year old.