That was…The Year Of the Dog: Archie 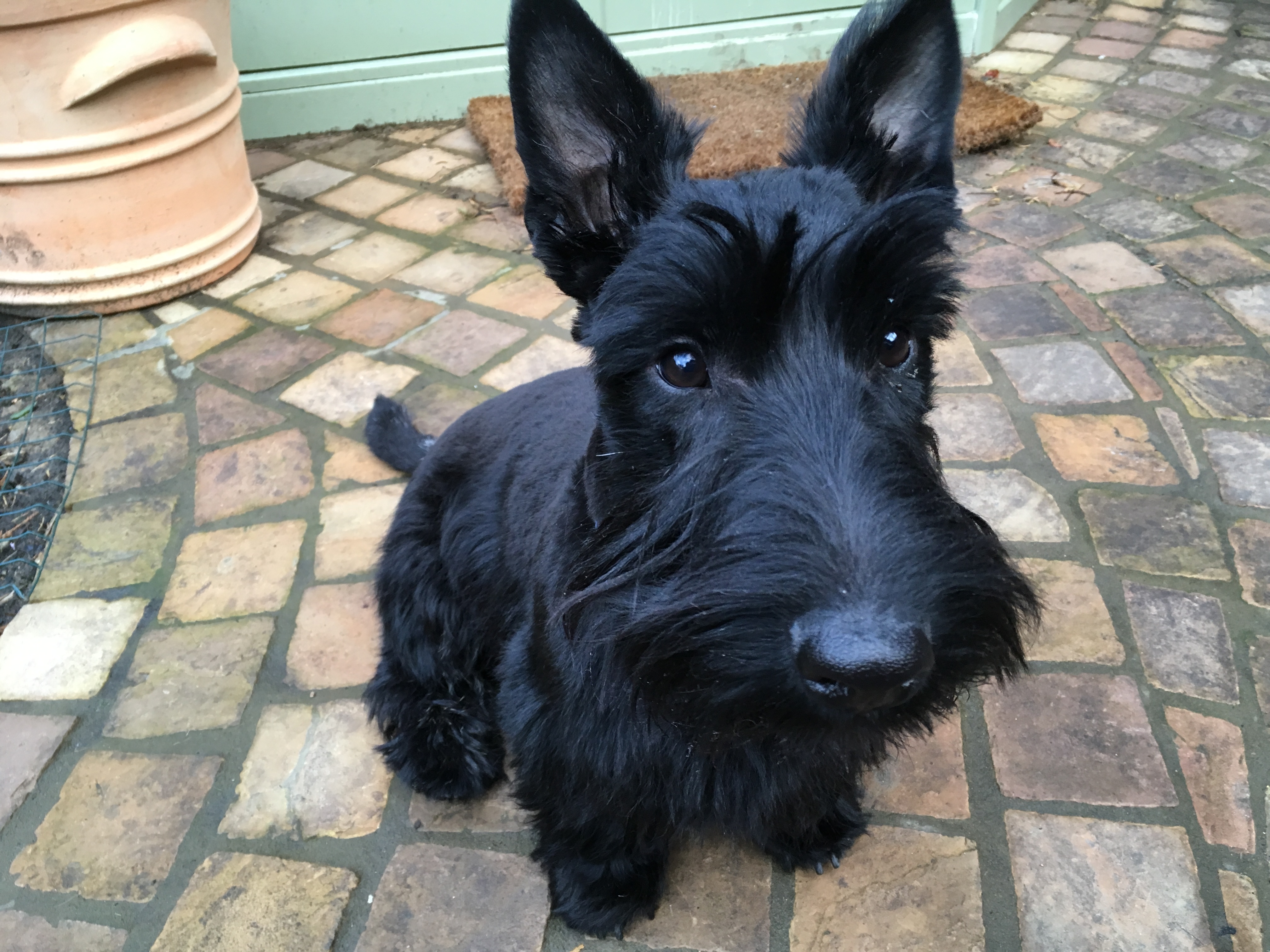 February 2018 to February 2019 was the Chinese Year of the Dog. On the occasion of this auspicious event which comes just once every 12 years, we asked members of London Scottie Club to write about the highlights of their Scottie’s year and we share these with you in a weekly series of blogs starting here. Please expand gallery photos by clicking on individual pictures below the article.

Professional Sniffer and protector of the house.

Mission; to catch a squirrel. So far unsuccessful.

This blog’s about some things that happened to me this year.

I join in on stage

I’m not much of a singer but one weekend when it was hot, I chaperoned my

owners to a singing party in the country.

Actually, it was quite easy work.

The countryside, it turns out, smells of of rats and rabbits. I did a lot of running around woods hoping to catch one. No luck there, so, back to the house where my owner and her friends had shut themselves in some rooms and made a lot of noise ‘rehearsing’.

I didn’t join in.

Afterwards they all sang outside, then ate and drank while I hoovered.

A word of warning! Humans who stand around singing are a mystery and want watching.

And when they wave big feathers around, its clearly an invitation to grab and run, to the furthest corner possible.

I dig for Australia

Perhaps one of my ancestors was a Seadog?

Anyway, I ‘m a fan of our trips to the Seaside.

Take digging. Where else can you give it such welly without

a telling off? Only dogs understand the paramount importance

of bone concealment. And on the beach there’s such a variety of

On the way there, I dream about the Biggest Bone in the World.

Then I have to dig the Biggest Hole on the Beach to hide it.

I might reach Australia one day. Are there Scotties there?

Another thing. I learnt to swim this year. But I still don’t understand waves.

They rush at you, inviting you to play. But when you run up to them for a playfight,

they run away. Then they rush up again and jump on you, when you’re not looking. Cowards! So I bark at them a lot, just so they know I’m onto them.

I say goodbye to an old adversary.

Not much to say here. Dogs chase cats, don’t they? Who’s ever heard of a cat that chases dogs? I knew a cat who did.

Day one, I arrived at the house I guard,  a squirmy bitey pup, to find an old slasher already installed, name of Hogarth. It only took me a few minutes to work out he definitely wasn’t a dog, and he hated me. For the first few weeks he chased me around, especially if I ate some of his food. I often hid in my crate for a while until he went to sleep.

After a while I grew a bit, and he started to sleep more, and chase me less. I can’t say he was ever much fun. No point trying any play moves on him, unless I wanted a scratched ear. But eventually we managed to rub along.  Even found a common interest, stalking the cats outside.

He’s gone now. He went off with the owners in November and didn’t come back.

I feel quite relieved, to be honest.