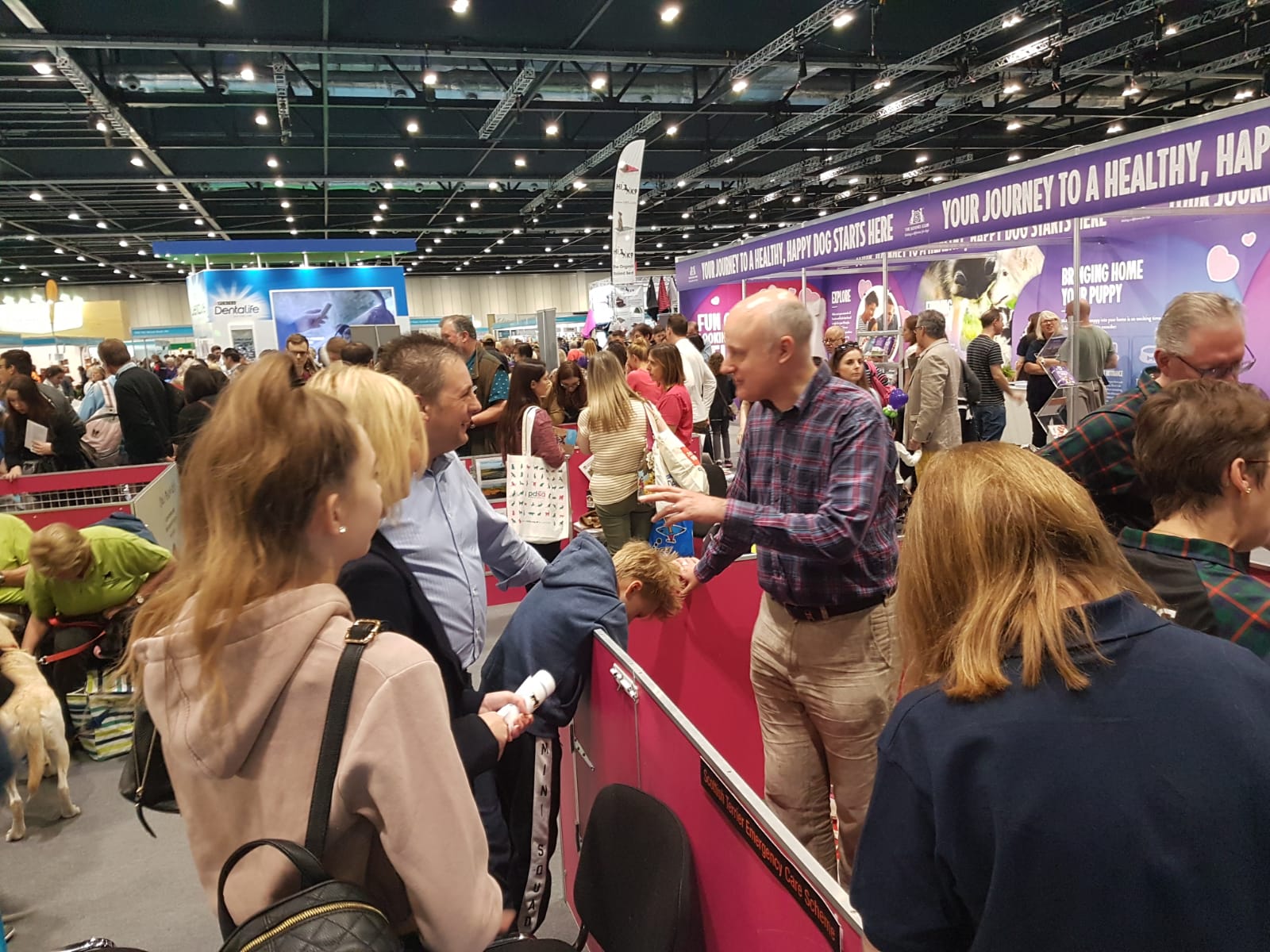 On October 21 London Scottie Club teamed up with STECS, the Scottie rescue charity, to raise awareness of the need for homes for our furry friends at the annual Discover Dogs event in London ExCel.

Billed as the largest dog show in the capital, it was apt that the larger-than-life Scotties were represented by STECS and the real world social network, London Scottie Club.

LSC certainly came out in force. As well as STECS London South rep George Matlock and partner Anchalee and STECS London North rep Susie Page and partner Alan, we were joined by Ann Billingham, who recently enrolled with the club.

The dogs represented were Wilf who came with STECS Welfare Officer Cath Marchbank and three-year-old rescue Heather brought by Ann. Pikush and Pudding also made an appearance.

We were excited by the crowds that emerged around the pen of STECS which was in the Kennel Club of Great Britain’s pound inside the event and we thank KC for their continued support and generosity.

One of the most significant questions from the public was “how can such lovely dogs as Scotties ever be rescues? Surely a long wait.”

In fact, any breed of dog can find themselves facing the need to be rehomed. Snd here is no stigma attached to being a rescued dog. While there are examples of dogs being rescued from cruelty and other mistreatment, Scotties often have senior owners and if they pass away, move from the area or emigrate, there is a chance their dog needs to be rehomed and their owners would want their loved pooch to find another loving home.

So when people say rescue dogs “come with baggage” that’s not necessaily true.

Like many metropolitan areas, London faces a housing crisis. This can lead to dogs needing a rehome. But it also can dissuade some would-be owners from coming forward. Some of those we spoke to said they are not decided yet on having a dog because they live in a London apartment. London does pose challenges in rehoming rescue dogs, including Scotties.

One of the surprise visitors to our pen was Jean Clare, the recently retired Crufts dog judge and still active as a cat judge. In fact, she said she was off to Spain to judge a cat contest in Madrid on October 27. She spoke about her work at Crufts and her hopes that the Kennel Club might crack down on puppy farms and cruelty to dogs.

We share some more photos from the Discover Dogs event in the Gallery below. Click on individual images to enlarge: