Heigh Ho It’s off to workplace we go! 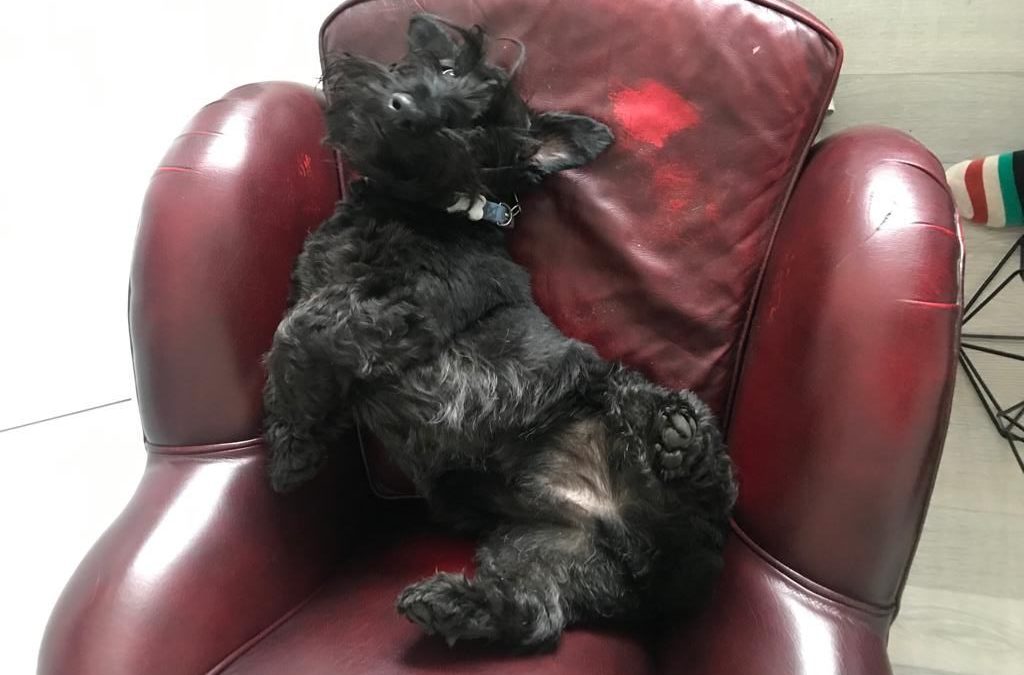 Employers are negotiating a tightrope allowing staff to safely come back to work after two years of imposed teleworking during the pandemic. But in some cases, employees are bringing in more than a packed lunch. Where companies had one worker, in some cases they now have two!

That’s because dog lovers who either acquired their dogs during the pandemic’s lockdowns or simply grew even closer to their pooches in the past two years, have decided to take their Scotties to the workplace with them.

Scotties accustomed to helping out in the home office, are now able to show employers just how much more (or less) productive their masters are.

Some employers, including public relations agencies and fashion houses in London, have had a time-honored policy of allowing staff to bring in dogs to work, so long as no one else objects. And we know of Archie the Scottie who lives with staff inside the Royal Botanic Gardens, Kew.

I have worked in a place where the boss himself used to bring in his Cocker Spaniel to the office in a building in London’s Carnaby Street. As he used to say: bringing a dog into the workplace brings out the best in people. Their characters and their productivity.

We can certainly look forward to more employers taking a leaf out of that book as people return to work and attach some conditions.

Here are some Members’ stories of their return to work in March 2022.

My company and the building in which we work is dog friendly. Around the building every day, we see a variety of dogs – Dachshunds, Cocker Poos, Heinz 69s etc but never a Scottie. However, that was all about to change. A few weeks ago, a colleague brought in Maximus – her Dachshund/Yorkie cross and he behaved impeccably. Earlier this week, his hooman came into work without him and there was an air of disappointment which I sensed. At lunch time on Tuesday, I arranged for Jonathan to meet me at Cutty Sark, where I picked up Bunty and headed back to Canary Wharf. She definitely had a spring in her step and enjoyed the DLR trip and the admiring glances. On arrival at the building, her vaccination records were checked and she was welcomed by all of the reception staff. We took a ride in the lift to the 3rd floor and headed to our office. The office went wild and Duchess Bunty received her staff with good grace. Off the lead, she visited various team members and chose a couple of ladies in whose laps she spent a wonderful couple of hours. One colleague wanted to go to the loo but didn’t want to disturb Bunty, so she hung on for an hour! 🤣🤣. Bunty was given many treats and cuddles and settled down in Maximus’ bed – typical Scottie behaviour 🤣🤣. As home time approached, I thought I’d try out Bunty’s dog carrier and, most surprisingly, she settled in wonderfully and a colleague helped me fasten her in and lifted her onto my back. She wasn’t phased by this at all. We climbed on the bike and she seemed very happy – letting the wind blow past and acknowledging the glances of surprised commuters. We cycled towards Island Gardens and through the foot tunnel and headed home. Bunty was very tired and Izzy, as usual, wanted to know what Bunty had been up to. I had to promise Izzy that she could come with me next time – I don’t think the office is ready for the two of them together 🤣🤣. WFH today, a colleague on Teams asked how her friend Bunty was and insisted that I pick up Bunty so that she could see her on camera. This colleague now has a photo of Bunty on her desk. Also, I found out that she is usually allergic to dogs, but not to Bunty!

A wonderful afternoon in the office and Bunty brought joy and love to the office, as she does for us every day. What a star she is!!

A great flurry of top photos from Neil too. Many thanks!

We move onto our next Working Scottie. Where there are Scotties there is glamour. Check out this amazing story from the 1980s we could not resist to include. Talk about a Working Scottie! This story comes from Australia. Read on! 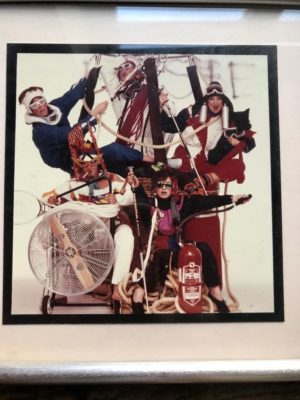 I now have Teddy in London. But in Australia my Scottie Ebenezer used to work on editorial photo shoots back in the 80s. He was a popular model and featured in a number of fashion magazines.

I had a studio complex and was an agent for fashion & beauty photographers. Ebenezer came with me to work and was regularly ‘borrowed’ for shoots. When not behind the camera he spent most of the day either sitting on his rear end begging for food from staff, or hoovering around the chef in the kitchen. He was very spoilt and much adored by staff and clients alike.

Staff mucking about with borrowed props after a ski fashion shoot. I am clutching Ebenezer top right!

Logan had an exciting first trip to the office where he travelled on the train to London for the first time. At just 5 months he navigated his way like a true Scottie, showing determination and perseverance on all the steps across the stations and the alarmingly large gaps between the platform and the train. 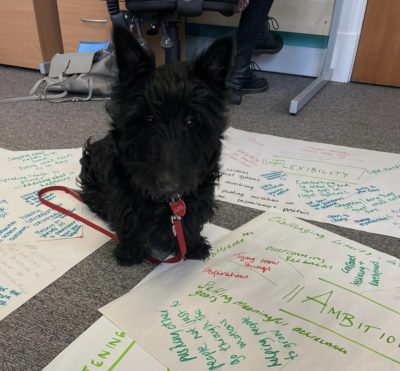 He enjoyed an al fresco lunch before heading to the offices to add his valuable contributions to some team building and brainstorming. It was hard work though so a power nap was needed before we headed home.

Everyone we met was so kind and welcoming and it really put a smile on people’s faces. Logan loved the attention, especially when a group of rather raucous revellers on the train stroked him, he laid on his back and enjoyed a tummy rub from 10 people, much to the amusement of the carriage.

We are looking forward to having him share his ideas at our next team Away day!

Just like with Ebenezer, it is great that other Scotties are also more than just the office mascot. Take the example of the debut on film for one of our youngest in the Club. Thanks for sharing the video (below) Member Jess and VIP Dolly!

Finally, there is the story of a Member who is Queen’s Counsel and her trusted Scottie who was allowed to march into Chambers in London. We don’t at this time have the story that goes with it but our thanks for the photos from Member Hannah featuring VIP Bobby.