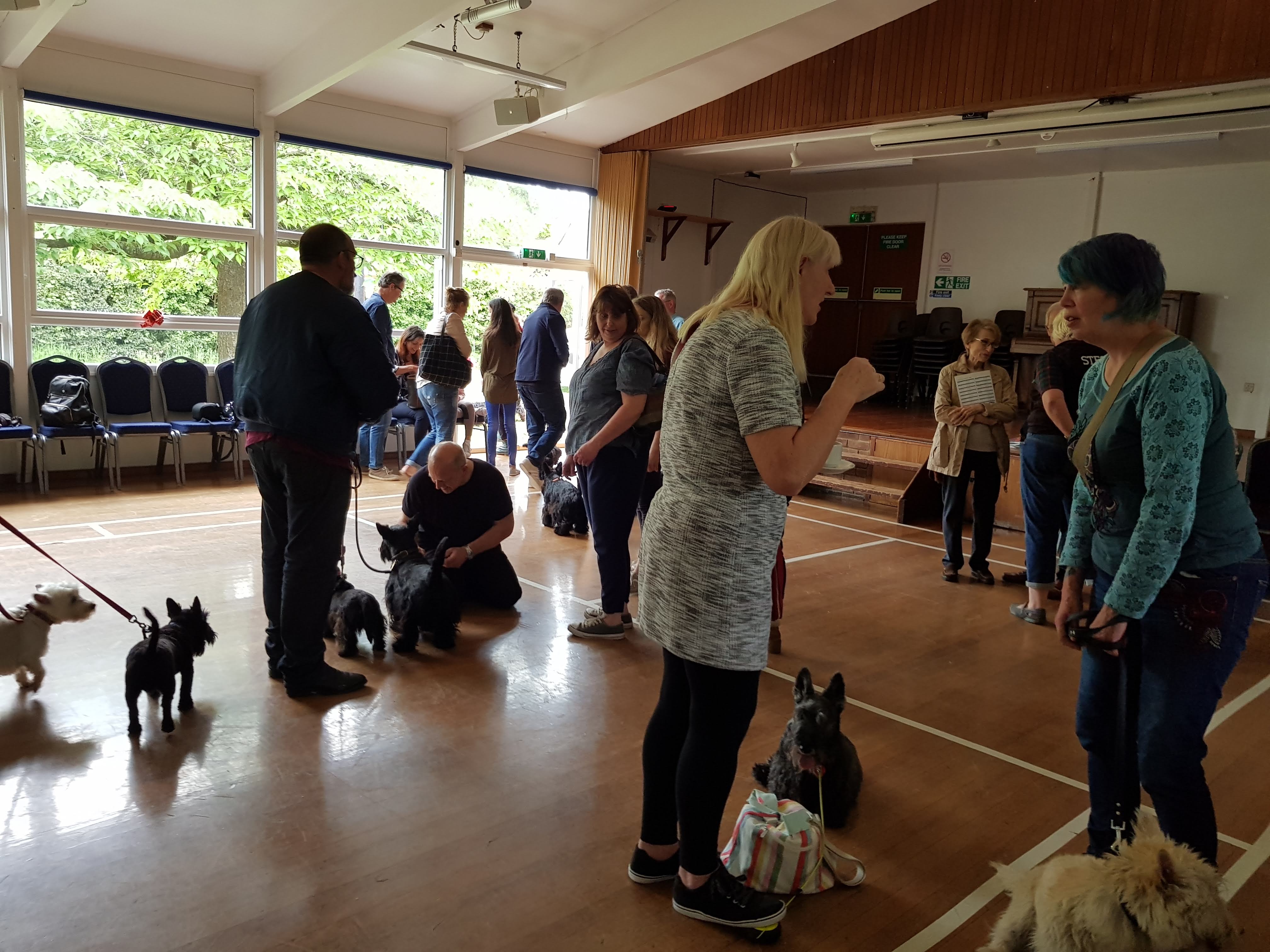 Our friends at Scottish Terrier Emergency Rescue held their inaugural “down south” party on Sunday May 19, 2019 and as such linked paws with the London Scottie Club.

The event, organised by LSC and STECS members Susie and Alan Page and attended by STECS regulars Cath Marchbank and Joy Gower, as well as other STECS volunteers, was a truly fun day out in the sunshine and top teen Scottie numbers.

It was good to spot some LSC members, such as Sonya Weiss, Fraser Grant, Sara Cox and Sarah Crehan, and also to mingle with more of the STECS team who are an establish nationwide charity for more than 40 years.

The venue was the village hall in Flaunden, a picturesque area of Hertfordshire. As well as the obligatory walk of more than 25 minutes we also had fun in the potato and spoon race, the sprint race, and the musical hoops and a beauty contest.

We also spoke with STECS Birmingham/Coventry volunteer Tony who is fostering William, a Scottie with a near-death experience. You can hear his amazing story of recovery in the audio linked to this report. We apologise that the final minute of the audio was lost – technology! We are pleased to report that Tony told us that STECS intervened to pay the vet bills and allow William to get the surgery he needed. He not only survived but now also enjoys walks like today’s and is making good progress.

Joy and Ian Gower also set up stall with a lot of fine STECS merchandise – and even more if available from the charity’s website e-shop.

The raffle produced some interesting results as one pair of Scottie owners from Cambridge bagged a generous haul of the prizes! But there was something for everyone, with even runner up Scotties getting rosettas and treats in the races.

LSC had some announcements of their own too. The Year of the Dog blog winner was announced at Fraser and his dogs Douglas (and new addition Maggie). Fraser took home the limited edition launch LSC T-Shirt and keyring as our photo shows.

We very much look forward to the next such event down south and know it will grow in participation, at which rate we may all need name tags!