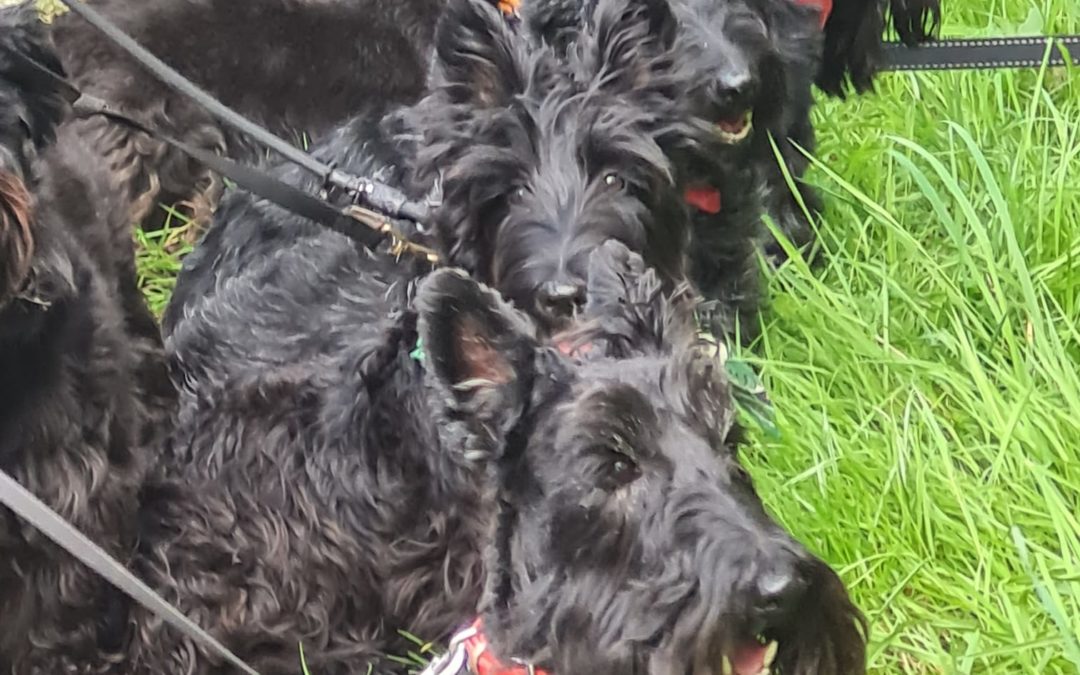 It was delayed by two weeks, and a failure to secure a 20-figure sum from Pinewood, but the Epping Forest Walkabout took place on 14 August.

With the weather decidedly better than the past two weekends, we were ready for a fairly dry terrain to comfortably walk as well as the all-important friendly weather for a film shoot. Despite what they say about working with animals, Scotties were great posers for the promotional film for which London Scottie Club has begun to collate material.

A total of 14 Scotties plus one Wire Fox Terrier managed to cross London to north east of the capital to sample the ancient forest at Epping on the Essex border.

We even heard that one lady with a Scottie unaware of us was sipping tea in the nearby Great Oak Hotel and someone came over to her to say she saw a pack of Scotties in Epping. The lady was good enough to google us and to write Saturday night asking to join us.

We had allotted up to 3 hours for the Walkabout on account of film work always taking much longer than people imagine.  We did one circuit of the walk and then a picnic on two nearby tables. To our surprise that consumed 2 and a half hours. But it was a super gathering and produced some memorable moments.

The club likes to circulate around new venues for its Walkabouts, trying to cater for different parts of the capital. It was unfortunate that some members who live nearby were unable to join as we tend to try to reach out to them as often they cannot come to other venues. But it was still superb that members came from all parts of London.

The next Walkabout will involve a Summer South Coast Saunter – no major clues given away at this point. But what we can confirm is that more video content will be filmed so if you missed Epping then keep Sussex in mind. It will be in September and the date should be announced this week.

Below is a small gallery of members photos as shared on our WhatsApp Convo group last night. Thanks for sharing.